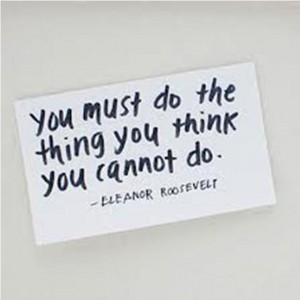 Wisdom cries out in the street;
in the squares she raises her voice.
At the busiest corner she cries out;
at the entrance of the city gates she speaks:
“How long, O simple ones, will you love being simple?
How long will scoffers delight in their scoffing
and fools hate knowledge?
Give heed to my reproof;
I will pour out my thoughts to you;
I will make my words known to you.
Because I have called and you refused,
have stretched out my hand and no one heeded,
and because you have ignored all my counsel
and would have none of my reproof,
I also will laugh at your calamity;
I will mock when panic strikes you,
when panic strikes you like a storm,
and your calamity comes like a whirlwind,
when distress and anguish come upon you.
Then they will call upon me, but I will not answer;
they will seek me diligently, but will not find me.
Because they hated knowledge
and did not choose the fear of the LORD,
would have none of my counsel,
and despised all my reproof,
therefore they shall eat the fruit of their way
and be sated with their own devices.
For waywardness kills the simple,
and the complacency of fools destroys them;
but those who listen to me will be secure
and will live at ease, without dread of disaster.”
It is a simple rule that all should know and follow . . . that those who turn to God and accept his commandments as a rule of life, will live in the gracious presence of the Lord forever. Those who cannot accept the commandments of God and would rather to live by their own rules are given the freedom to live without God and without hope forever.
This is such a frightening prospect that how do we know it to be true? It is written everywhere in the scripture for eyes to see if they have a mind to see . . . that we must strive to set our mind on Christ and the life he offers us and not on our lives in this world, for they will all come to end . . .
Today, Jesus asks his disciples . . . “Who do people say that I am?” And they answered him, “John the Baptist; and others, Elijah; and still others, one of the prophets.” He asked them, “But who do you say that I am?” Peter answered him, “You are the Messiah.” And he sternly ordered them not to tell anyone about him.
Then he began to teach them that the Son of Man must undergo great suffering, and be rejected by the elders, the chief priests, and the scribes, and be killed, and after three days rise again. He said all this quite openly. And Peter took him aside and began to rebuke him. But turning and looking at his disciples, he rebuked Peter and said, “Get behind me, Satan! For you are setting your mind not on divine things but on human things.” Amen