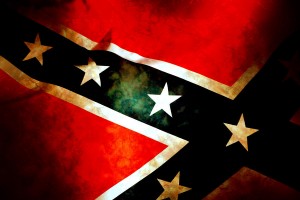 When I first began dating my wife Barbara back nearly fifty years ago, her mother had a list of rules on her refrigerator that were first sort of funny and then kind of scary. Rule Number One was that ‘The Woman was always right’. Rule Number Two was that ‘The rules could change at any time without notice and if you had questions, again, see Rule Number One’. Although these rules were meant to be funny, there are some rules that are actually good life tips to follow. One of them, perhaps ‘Rule Number One’ that we have always tried to instill on our kids is that ‘Life is Not Fair!’. For if life was fair, then everyone would be equal. Everyone would live in the same kind of house and drive the same kind of car and eat the same kind of food and go to the same kind of school. Our government as tried, in the past sixty years or so, to even the score for many through welfare, Obamacare, job fairs and affirmative action work programs.   But, even after all the money has been spent and all the effort has been exhausted, one of the Biblical truths has always held true. The poor will always be among us.

Poverty is the world’s greatest problem and there is no easy quick fix known. Poverty in the United States is estimated at 16% or nearly five million people and consists for the most part of single women with children. This is the same group that has always been in the majority of the poor. Poverty in the world scale is estimated in the billions of people. Unfortunately, many middle income American white folks have a prejudice that sees only one cause. It would seem that we, the working class for the vast majority of us, see laziness as the cause for being poor. But, poverty has many root causes.

Back in the days of the prophets, poverty was caused by war, calamity, disease, and death. If these sound familiar it is because these are the four horsemen of the apocalypse. These are the horsemen who will one day herald the end of the world as we know it. In our own history, they have wreaked havoc on humanity from the beginning of time. If you look at all the countries in the world, the nations with the greatest amount of poverty have in their recent past these four things. War begets calamity, the breakdown of family, calamity begets disease, the breakdown of the body, and disease begets death and the cycle continues.

In the United States, where there has not been a war in a long time, poverty has other causes. Poverty can be caused by racism, classism, lack of opportunity, lack of education, by drugs, alcohol, by depression, and by mental illness. Poverty also can be caused by gambling, ignorance, and chronic illness. Today in Buffalo, there are hundreds of beds filled with homeless men every night. But these beds represent only the tip of the iceberg to the number of actual homeless people that are roaming the streets of the city at night. Because many poor people suffer from these items, they are stigmatized as somehow bringing this on themselves by a self-indulgent lifestyle. People who suffer from AIDS and HIV are stigmatized regardless of how they contacted the disease. People on welfare are also stigmatized as living off the labor of others. People who cannot read are often stigmatized as lazy and unemployable even though, in many cases, their plight is not entirely their fault.

Jesus came to us as one of the poor for many reasons. First, he wanted to show us that to be poor is not a crime. Second, people do not really need worldly possessions in order to be happy and fulfilled in life and to be loved by God. Third, he wanted show a parallel between God and man; man being a slave to sin and God being the benign Father leading the way out.

Finally, he showed us that there exist definite parallels between slavery of sin and poverty of spirit . . . and that is what I want to talk about today.

Much has been said in recent days about the Confederate flag and its association with slavery. Many believe it to be a terrible reminder of the differences that divide us. But a flag or any symbol cannot have power over us unless we give it that power. And too many of us are way too willing to give others and things like flags the power to rule our lives. Slavery, in the United States, was abolished after the Civil War. Slavery is when one person owns, as property, another person just like you own your refrigerator or your car. In our day, slavery is not condoned in any modern nation in the world, though it still exists in many third world countries. Back in the days of the Bible, slavery was considered part of the normal scheme of things. The biblical writers saw nothing wrong with it because it was always the way things were from the beginning. In many ways, I guess, it was part of Rule Number One ‘Life is not Fair’ and it was accepted for what it was. Slavery had root causes in war when the victor enslaved his enemy so that they would not be a threat again. As you know, the Jews were once slaves in Egypt and also in Persia and also in Babylon. Slavery, historically, has also been a way for a family to escape poverty, by selling a child or sibling so that the rest of the family might survive. The original slaves who came to the Americas may have been men and women who were sold by their own tribal families in Africa. Why they were sold is anyone’s guess, but that is what many historians surmise transpired.

Unfortunately there are very few ways out of slavery once enslaved. You basically have three options: 1. You can try to escape, but you have to be willing to look over your shoulder for the rest of your life because your owner will come after you. 2. You can give in, and do whatever it is your master desires. 3. You can be bought and emancipated by another rich but benevolent owner. 4. Or in the case of ISIS you can die a the hand of your capture.

The Bible tells us that all of us have been born into slavery to sin. It happened because our forefathers were slaves to sin and their forefathers before them and theirs before them all the way back to Adam and Eve who rejected God and accepted the works of darkness. This is what we call original sin. And just like slavery in third world countries, slavery continues upon birth. Slaves beget slaves who beget slaves which means we, who are living today, have been born into the family of man as slaves to sin. We cannot help but sin because that is our nature. But it is through our Baptism that we are freed from the bonds of slavery and are adopted as children of light. Jesus came to buy us back with the price of his own blood. Though many do not live like it, we are indeed free and need never sin again. But like the Israelites who were freed from slavery, after escaping Pharaoh and crossing the Red Sea, they had been slaves so long that they didn’t know what to do. So, if you remember, they got tired of waiting for Moses to come down from the mountain with a word from God, their liberator, but rather they built for themselves a new god to rule them out of gold, i.e. the golden calf.

And we do the much same thing. We who have been freed from sin, like the Israelites in the desert, have no idea what to do with our new freedom, so many of us build for ourselves our own version of a golden calf. It may be a house or a career or a way of life, but just like the golden calf, if it takes the place of the God who saved you, it is no less than the god who enslaved you in the first place. What this causes is a spiritual vacuum in many of us that can lead to poverty of spirit. On the outside we have all the trappings of the redeemed, but on the inside we are spiritually bankrupt. This is what Jesus accused the temple priests of becoming.

Because they, like us, were wealthy and self-righteous, living what they perceived as pure and wholesome lives while ignoring the plight of those around them. Where they should have been helping the poor, they were instead accusing them of sinful lives, of laziness and self-indulgence. Which brings us back to the poor among us. Jesus said that the poor would always be with us. The poor are here to interject Gods goodness in us so that we might be moved by the Spirit to help them as he helps us. The poor are also here to convict us of self-indulgence and greed in our lives.

Jesus does not ask us to go without in order to provide for the poor.   He asks us to trust in Him to provide for the poor through Him by your offerings at Church, by your cheerfully paying your income and property taxes and through private giving and by lending to anyone in need. God indeed loves a cheerful giver.