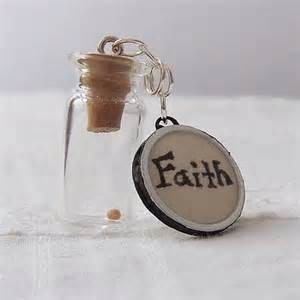 Of all the teachings and parables of Jesus, one of the most recognized is the parable of the seed scattered on the ground that we heard in this morning’s Gospel reading. I think it is recognizable because it is finally something that we can understand without too much trouble, i.e. something tangible that we can really get a grip on because we have all planted seeds. And we have all watched in amazement as the seeds we planted grew into fruition whether they were tomatoes, flowers or trees. It is truly amazing to realize that we have absolutely nothing to do with it outside of planting that little seed and standing back to watch as a miracle takes place before our eyes. Jesus tells us that the Kingdom of God is much the same thing. Seeds are planted, growth happens and a harvest takes place. Can it be that simple? I wonder.

In the gospel lesson last week you may recall that Jesus was talking to Nicodemus about speaking of heavenly things and how if Nicodemus could not understand earthly things, how could he possibly be able to understand the things of the spirit that Jesus was talking about. Many of us wonder about the same thing. We wonder, what is it all about? Why don’t we understand? Why does religion have to be so incomprehensible that no one can understand it? Why is creation so cloaked in mystery that we need to accept it on faith? Why doesn’t God just give us a sign so that we know for sure that we are right in the universe?

This week, Paul, in his letter to the Corinthians speaks about things just as enigmatic when he brings up the word tent. He says . . . “We know that if the earthly tent we live in is destroyed, we have a building from God, a house not made with hands, eternal in the heavens.” What do you suppose Paul is talking about? A tent is sort of a temporary home, good for shelter but not very permanent. One good wind and it could be completely destroyed. A building is, of course, a different story. A building is something much more permanent that can withstand wind and rain and anything the elements can throw at it if it is build correctly.

But Paul isn’t really speaking about tents or houses is he? He is speaking about us, our souls, our minds and spirits. He is saying that we live in merely an illusion of what really is. Our bodies are like a tent, fragile and prone to leaks and the ravages of time. We are so frail that we can be blown away at any time. But within us, there is a longing to dwell in a house not made of hands; a fortress that is indissoluble and enduring; something that we long for and have faith that will one day come to be. That dwelling place of course is the prize of everlasting life that awaits all the faithful and who long to be with God.

That is what makes the parable of the Mustard Seed appropriate to this task because just as a seed is planted into the ground so are we planted into this life to rise up and grow into the next life. Is it a mystery? Yes and much more.

Jesus came to tell us about this life and tried his best using examples we all could relate to like the planting of seeds in today’s story. It should be of great comfort to us that Jesus never objected to be in the company of people who were considered outcasts. His ministry included everyone who sought him out, the poor, the lepers, the lame, and those afflicted with demonic oppression and obsession. But, most especially, he welcomed conversation with all those who were exploring their faith and seeking the truth . . . and not only those who sought him out then, but also those of us who continue to seek him today. Jesus’ ministry was demonstrated in his ability to bring people closer to God by explaining the truth of the situation at the moment. This was truly Jesus’ calling, to be first, and foremost, the servant of us all.

I am sure many of you have had spiritual discussions with friends or neighbors or relatives who, for one reason or another, started a conversation about religion. If you ever had such a discussion, and if you aided some one by helping him see something more clearly, then you were exercising your true calling through the baptismal ministry of every Christian.

I have had many such conversations in ministry. Some turned out good, some turned out “not so good” and the vast majority left a giant question mark for me to ponder, “I wonder what ever became of Susan or George or Sam or many other names to numerous to tell?”

One such acquaintance was a friend named Geraldine. Geraldine was a retired nurse who lived in Lancaster. I worked for her many years ago for several weeks building a summerhouse in her back yard. She and her husband were retired and lived a comfortable life playing scrabble with friends, having four o’clock wine and cheese breaks and generally doing all the things I might like to do if I ever get to retire. While there, the subject of religion never came up except when I asked if they belonged to a church. To which the answer was a curt, “No” . . . without explanation.

I usually get a different kind a reaction like, “Well, I used to go to St. Swithins but they changed the color on the altar to a dreadful green so I stopped going…” you know, that kind of thing. But, the “No!” I heard meant “Don’t ask, or you’ll regret it”.

Tragedy struck suddenly one day when Geraldine’s husband died leaving her to face life alone. The scrabble games were no longer played and the wine and cheese parties ceased and Geraldine sank into a serious grief. Her life, like many widows and widowers, was shattered that day because the life she and her husband had was what they had worked for all their lives, and now it was gone and she was left alone. While working for as an estimator for a lumber company, once a month I had business in Lancaster and I stopped by her house to see how she was getting along. I visited with her each month for about two years.

During those times I found out that she was what could be described as, an agnostic, a person who questioned the existence of God and who doubted belief in an afterlife. Also during this time I was about to be ordained into the diaconate, and it seemed both of us had God on our minds quite a bit. We had many long discussions about the validity of religion and the question of Faith. I found out that her agnosticism was linked to her nursing in the hospital, and in grief for patients she had lost due to sickness and disease. She blamed God for their suffering and also for her own loss and had a hard time finding favor with a God who would let such things happen.

Does this reasoning strike a chord with you? I know it does with me, because I think all of us, at one time or another, have been hurt so much by suffering or loss that we want to blame anything or anybody, even God (if it helps), for our pain and our sorrow. We are a hurting race. Many who claim to be agnostics and atheists are only people who have been hurt, perhaps more than most, by what life has dealt them, and it doesn’t take much prodding to find the root of their distrust in God and in religion.

I mention Geraldine today because she died several years after I stopped seeing her. I only found out recently, because over the years I had lost track of her condition and her friendship. What I do know though is that God came to her in her sorrow and in her loss and gently helped her back into His abiding light.

So what, you may ask, does this story have to do with the Gospel and the lessons appointed for today? It has to do with growth and relationships . . . . your relationship to God and how you can restore His relationship in others simply by letting the Holy Spirit flow through your hearts and minds and into your life’s work. You really don’t need to understand everything to be a faithful Christian. You only need to love God and to listen to what he is saying to you. Most of us will not be put into a position to explain our faith. But in many respects, each day when we open our mouth, we are in a court of public opinion of sorts, one that is eagerly and actively searching for one word that might add some tiny seed of conviction and purpose to one’s life. And that is the ministry of faith that I wanted to relay to you all today.

We know that there are many outside this place who have doubts about religion. I know that some of us who are believers have doubts about our faith. But what do you suppose would really settle the question of faith for them and for you? I mean really ‘knock your socks off’ so that you never again could doubt that God loved you and that He is who he says he is. How about a miracle? Better yet …How about a near death experience? How about if one of us dies, and then a couple of days from now revives, gets up and tells us all about what happened? Wouldn’t that really knock your socks off and send those tingling feelings up and down your spine?

Well, that’s exactly what happened to the disciples and we (the Church) have been talking about it ever since. That is ‘the story’ folks, and it’s this story that gets the attention of just about everyone. Because along with being a hurting race, we are also, down deep, a worried race . . . worried sick about what is over the next hill that we call death and worried about what we may or may not find when we get there.

If you really want to increase your faith, talk about what you believe to someone else who needs to hear your words of faith and encouragement.   Professing your faith is the surest way I know to make it grow.

My friend Geraldine wasn’t really an agnostic. She was just a scared and gentle spirit who had been hurt by the many hardships of living. But God used the circumstances in which she found herself to begin to rebuild a trust that she had long forgotten. You and I have numerous opportunities that come fleeting by every day for just the same kind of faith building. But we need to be open to the Spirit in order to recognize them.

This week, I hope that you will open yourself to the Holy Spirit and that God will give you some opportunity to share your faith, your belief, and your love for God.   Amen