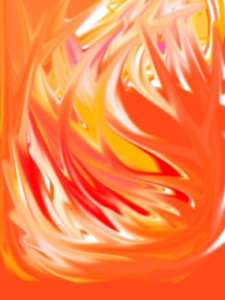 Today is the Birthday of the Church. We who celebrate today celebrate nearly 2,000 years of history beginning at the reading from Acts today as the tongues of fire settled on the apostles, and as the story reads: ‘they began to speak in other tongues about the mighty deeds and wonders of God’.

But you might remember, there is another story about languages in the Bible set in the town of Babel in what is now modern day Iraq. Do you remember the story of Nimrod? Nimrod was a king so drunk with his own power that he ordered a tower built as high as heaven. When it was complete, Nimrod ascended the stairs to the very top of the tower. Do you remember why? It was to shoot an arrow into the eye of God. Nimrod had decided that there should be only one God to rule the earth and by symbolically killing the God in heaven, he was about to take the place of God on earth. But what happened? If you remember, God said, ‘Let us go down and confuse their language’ because the people had become very evil in the sight of God. And so all the people who Nimrod had ruled began to speak and hear different languages. And so, Nimrod’s power was diluted because he could no longer influence his followers or lead them in the way he wanted them to go. And so, as the story goes, the people dispersed from the tower of Babel and went off to find others who spoke the same language. These groups left the country and settled in families, clans and nations over the face of the whole earth. The people who were left, including Nimrod and a few of his followers named the city ‘Babylon’ because it was there where the tongues of men were confused by God.

The Day of Pentecost of so long ago changed all that. Pentecost is God’s reversal of the action he made at Babylon 4,000 years before. By giving the followers of Jesus the gift of tongues, God gave back the ability of men to speak as one voice, to the great works and creation of God. God, in effect, gave the power back to the Church what he had taken from mankind a long time ago. Jesus predicted this when he told the disciples that if he didn’t return to heaven, the Spirit would not come. But if he did return, God would give his Spirit to all who asked and great power to all who confessed Jesus as the Son of God.

As I grew up in the church, it became apparent to me in the early seventies that we were missing something. I knew we loved God and we believed in his Word, but when I read the reading this morning about tongues and the interpretation of tongues, I wondered how this was this possible, and if it was possible in the days of the early church, why wasn’t it possible in today’s church? And so I began to search out prayer meetings, which were the beginnings of the charismatic movement of the day. I am not sure many of you remember the early seventies, but there was a movement brought about by the Holy Spirit in those days that provided an avenue for Christians to seek out all nine gifts of the Holy Spirit. As you should be aware by now there are nine gifts of the Spirit: wisdom, knowledge, faith, healing, miracles, prophecy, discernment of spirits, tongues, and the interpretation of tongues.

Most of us, no doubt, have no problem with wisdom, knowledge or faith. But, many of us might start to get uneasy at healing, miracles, and prophesy. And there have been some in the past who have gotten downright angry at the discussion of discernment of spirits, tongues and the interpretation of tongues.

But it is as true today as it was back in the seventies that fear breeds contempt and the institutional church at that time as well as now was very much in fear of the workings of the Holy Spirit in the world because the Holy Spirit is in fact, the spirit of truth. And there is nothing that those who preach falsehood fear more than ‘the truth’ because it reveals them for who they really are.

The church of the 70’s looked at the charismatic movement as some kind of occult or voodoo even though it is clearly part of our Christian heritage and blessing as the body of Christ. The Episcopal bishops at the time did their best to quell this interest in the spiritual gifts by banning charismatic meetings from churches in some of their dioceses. People who had an interest in developing these gifts had to separate themselves from their church and meet in homes and in secret. There were many hurt feelings and harmful accusations as Christians pigeonholed each other as ‘you’re one of us’ or ‘you’re one of them’. The Roman Catholics, the Lutherans, the Presbyterians and the Methodists all had the same problem with their hierarchy. But there were two places where the charismatic movement was embraced. One was the Full Gospel Businessmen’s Fellowship and the other was the Franciscan Community.

For about five or six years I went to prayer meetings at Corpus Christi Church on Clark Street. There, I had the privilege to witness the awesome power of God in the lives of many believers in the charismatic movement. Here was a place where tongues were sought out and interpretations and discernment was revealed. At first, I wasn’t exactly sure what was going on. Many would sit quietly for what seemed like an eternity praying for the Spirit to come upon them. Then . . . as if on cue everyone began speaking in languages that I had never heard before. I thought at first, this is impossible! But my interest was piqued and I decided to continue to look for proof that this was all real. Others, many others, were in the same position as I. We were curious, we were startled, and we were skeptical, all at the same time. Until one night, a man stood up and spoke in a very clear voice a language that was totally incompressible to me and yet vaguely familiar in meter. Next to me sat an Asian women who all of a sudden started to cry. She asked the man how he had come to learn Mandarin Chinese as he was totally fluent in it and it was in a very obscure dialect. The lady had been born in the only part of China where this language was used. The man said he had never been outside of Buffalo and that the language he spoke was his prayer language. The woman then began to translate what the man had said. It was the Lord’s Prayer, complete, right down to the Amen.

That is when I believed that this was all very real!

The charismatic movement in mainline churches ended almost as quickly as it had started. Those in the movement began to believe that God the Holy Spirit had come upon the Church to begin a new work, just as he had come upon the church in the early days that we read about this morning. From this movement many new churches were founded. Churches were formed that were non-traditional and based on the outpouring of all of the gifts of the Holy Spirit. That is what is meant by the term ‘Full Gospel’.

So you might wonder. What are we doing? Why aren’t we Anglicans raising our voices in tongues and being slain in the Spirit?

You have to know that not all are led to this kind of worship. As the Bible says, there are a variety of gifts and varieties of services, but it is the same Lord who activates them all. To each is given a manifestation of the Spirit for the common good. The proof of ‘our’ pudding as Anglicans is in our liturgy and in our tradition. It is the way we have worshipped for the last 1,500 years and it is the way the Holy Spirit came to be among us originally. The charismatics are not wrong, they are simply different.

One of the great lessons learned as the Continuing Anglican Church began to re-form during this same period in time (during the 70’s) was that, it too was a genuine movement of the Holy Spirit that impressed on the hearts of those who founded it that the Scriptures really are the inspired and authoritative Word of God. We, as a true church, cannot separate the Spirit from the Spirit-inspired Scriptures. The gift of the Holy Spirit is given to enable Christians to grow in biblical holiness and to equip them with gifts to build up the church in a hostile world. Therefore it continues to be a tragedy when other Christian leaders whose minds have been captured by the spirit of the age commend the values of the world to the Church and then claim they are led by the Spirit of God. But this is the challenge we face as a church founded outside of the mainline.

On the day of Pentecost, Peter’s preaching makes clear that the gift of the Holy Spirit is given to those who repent, but the continuing crisis of the mainline churches has come about through a failure to call to repentance those who are systematically grieving the Holy Spirit by claiming that what Scripture calls immoral and anathema is in fact ‘new truth’ revealed by the Spirit.

Orthodox Christians are convinced today that we are caught up in a transforming movement of the Holy Spirit of God in our own day. Despite our lack of power, money and resources, the movement continues to grow, as do our churches. The Holy Spirit is using us to help gather the elect of God in a unique and unprecedented way. The continued growth of the continuing Anglican churches is confirmation of this reality.

So what can we here at Saint Nicholas do? We must continue to press forward to be a Spirit-filled Church that makes visible the grace, as well as the truth, of Jesus Christ as the Lord of our Life. We must continue to welcome all who enter our doors and reach out to those who are searching for God’s truth in their lives.

“We know that the whole creation has been groaning in labor pains until now; and not only the creation, but we ourselves, who have the first fruits of the Spirit, groan inwardly while we wait for adoption, the redemption of our bodies. For in hope we were saved. Now hope that is seen is not hope. For who hopes for what is seen? But if we hope for what we do not see, we wait for it with patience.