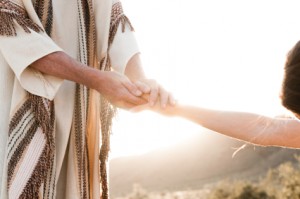 Many years ago, back in the early seventies, I got my first job, thanks to a friend of mine who put in a good word for me with the boss. My friend’s name was David and I had been his family’s paperboy for many years. Dave was one of those folks who wanted to believe in God but could never make a commitment to even try to open up about it. As I mentioned to you a few times before, I was at one time considered a religious fanatic by my piers . . . so I decided that . . . no matter what, I was going to help David through this. I was single handedly going to make him into a Christian.

Well as time went on it became apparent to me that not only was David not saved, he was also a drunk who would come into the store on Monday mornings with a huge hangover that would last until about lunchtime on Wednesday. On a number of occasions, Barbara and I would invite him to dinner at our house and occasionally I would invite him to come to church with us – to see what it was all about. To the idea of church, he always said ‘thanks but no thanks’ . . . but I wasn’t about to give up.

One day finally came when I just about begged him to come to church with us. He told me that if I went out with him, he would go to church with me. At the time, the movie, The Man of LaMancha was out and I found I had great affinity with the character Don Quixote . . . so I said to myself . . . ‘sure, why not?’ Actually, I guess I said it out loud . . . because Dave told me he’d pick me up at my house that night.

To my great surprise we went to see a Sabers hockey game against the Russians and then ended up at strip club in Cheektowaga where I had my first vodka gimlet (which I still like . . . I might add). As the young ladies walked up and down the bar, Dave asked what I thought about his life? All I could think about was how exciting it all was but in the end how very sad it all seemed. Though he yearned for companionship, his life was empty and devoid of anyone really caring whether he lived or died.

David went to church that Sunday with us . . . but only that once. I was unable to awaken him to the spirit that filled my heart and I felt like a complete failure.

The lessons and gospel point at the fundamental yearning of people – people like you and like me and like my friend David – who long for relationship with God but seldom know how to attain it. We fill out our lives with a myriad of substitutes for this relationship in our work, in our home life, in our hobbies and in every one of a number of euphoric diversions from reality, hoping that the pleasure we find in some new way will fill the void we feel in our lives.

In the time of Paul, food was a great obsession with people . . . mainly because it was scarce – and people had a great proclivity to give to their food some mystical power through offering it to their gods. This would assure them of good health or a large family or both. People would often have statues of certain favorite gods in their home and would set an altar up near it where they would offer food to be blessed. This of course, to Paul was a seemingly, ridiculous thing to do since he knew (and we know) that this was simple superstition and the household gods of the past did not really exist at all. But for the man in the street in the early life of the church, the household gods were real and they could bestow upon their followers wealth, children and good health.

And so it was that Christianity, in its earliest formation, found in these gods a kind of competition to the one true God who is the God and Father of all.

Today of course, we are no longer in competition with household gods nor do we have to worry about whether the food we eat has been offered to idols. It is a thing of the past – right? So why do we bring this subject up again and again every three years or so? What does the worship of false gods have to do with us in the 21st century?

We continue to bring it up because all of us have yet to get over the false dependence on the little gods of our lives. We may not call them Diana or Molech or Ashtoreth as in the days of the apostles. Instead, today we might call them Gucci or Jaguar or the Seahawks. The names do not matter, it is the influence these kinds of things have on our lives that matter. Paul knew this, Jesus knew this, and somehow deep down, we all know this to be true.

So are all these things bad? No, certainly not. Things that are attained by hard work can never be bad because they are part of the plan of happiness that God promises to all who believe in him. But they can become bad when the attainment of these things becomes more important than following the commandments of God. Drinking alcohol once in a while is not a bad thing . . . in fact the Bible tells us that it is God himself who ‘causes wine which makes man’s heart glad’ . . . but when wine and strong drink become the crutch on which our life depends, it is then that it becomes a bad thing . . . sometimes so bad that it destroys one’s life and the lives of all those around us. Much the same can be said about sex, drugs and gambling . . . all good things in their proper time and place, but all bad things when we become addicted to their influence in our lives.

All of us, I am sure, have people in our lives that are in need of true repentance, conversion and amendment of life. We can help them in a number of ways. We can be supportive of their efforts to beat their addictions. We can pray each day for them as they fight their invisible battle for redemption. We can list their names on the Prayer List at church each Sunday and light a candle before God’s altar in their name . . . but as I found out the hard way . . . people sometimes get the idea that they can make a person believe in God . . . I know I did at one time . . . but no longer. John Stott tells us that it is a mistake to think that the purpose of evangelism is to cajole sinners into doing what they can perfectly well do if only they put their minds to it and pull themselves together. Consider this statement from St. Paul ‘No one can say “Jesus is Lord” except by the Holy Spirit’. And from St. John’s Gospel ‘No one can come to me unless the Father draws him’.

We do not hear enough of this ‘no-one can’ at church, the inability of men to believe in Christ or to come to Christ. Only the Spirit can reveal Christ to men; only the Father can draw men to Christ. And without this double work of the Father and the Spirit no-one can reach the Son. It is also true that Jesus told some of his detractors ‘you are not willing to come to me that you may have life’.

The human mind finds it impossible neatly to resolve the tension between this ‘cannot’ and this ‘will not’. But both are true, and man’s refusal to come does not cancel out his inability without grace to do so.

One day, perhaps twenty years later, David called to ask if I would officiate at his mother’s funeral because I had known her very well. Upon talking with him at the wake, it turned out that he had just joined the Michigan Baptist Church in Buffalo and he was finally getting grounded in the Lord. He was like a different person . . . because he had finally been born again!

What I have learned along the way is that we as believers must pray for those who come our way and who are in need. How will we know? We’ll know because the spirit will tell us in our hearts! And when we pray, we need to pray often and insistently to God . . . and he will answer . . . if not now, then in the far future. I found that in trying to help my friend David, God was actually helping me grow into a better Christian and a better friend to all of God’s people. Amen