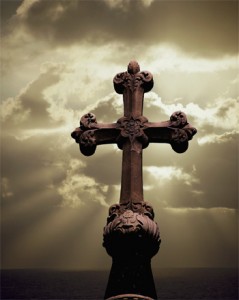 Roger Williams (born in 1603) was an English Protestant theologian who was an early proponent of religious freedom and the separation of church and state. Although ordained as an Anglican priest in the Church of England, Williams held the view that the Church of England, then under Archbishop William Laud, was corrupt because it was linked, arm in arm, with the state and so he sought to distance himself from it. Williams became what we now know as a puritan and went to the New World to settle in The Massachusetts Bay Colony. The church there asked him to lead a congregation but Williams refused because he believed that the church, in order to be of a pure religion, ought to be separate from the state. He was consequently labeled a separatist and was forced by the King’s men to leave the colony and settle elsewhere.

In 1636, he began a new colony which provided a refuge for religious minorities. Williams started the first Baptist church in America. In the spring of 1636. Williams and a number of his followers from Salem began a new settlement on land that Williams had bought from Chief Massasoit, but the authorities asserted that he was still within their land grant and warned that they might be forced to extradite him to Massachusetts. They told Williams to cross the Seekonk River, as that territory lay beyond any charter. The outcasts rowed over to Narragansett territory, and bought land from the chiefs of the Narragansett Indians. Williams and twelve “loving friends” then established what Williams called “Providence”, because they felt that God’s Providence had brought him there. Today we know this City as Providence, Rhode Island.

I bring this up today because God’s providence plays a most important part in the life of all believers . . . and not just in the large things like the establishment of cities and colonies but even in the very smallest details of our lives.

Have you ever found a pencil or a parking lot just when you needed it most? Have you ever found an envelope in your mail box or on the street with just the right amount of money you needed to pay a bill on time? Have you ever had a feeling that you should get off the Thruway and drive by a different route? Or have you ever had the feeling that you needed to quit a job and then found out afterward that it was the best thing you ever did? If you answered yes to any of these questions, then you have experienced God’s providence in your life. Actually, I can answer yes to all of these questions and to many, many, more as I have been blessed without measure by God’s Providence throughout my lifetime.

God’s providence is the power that sustains the destiny of every believer whom he calls to be his children. It is unseen, unknown and a mystery, but ever present in the lives of the faithful and in all who endeavor to keep God’s commandments.

One of the greatest examples of Providence is recorded in the Old Testament lesson this morning, when the brothers of Joseph are sent by their father (Israel) to Egypt for food during a famine, only to discover that the person who they are to see is none other than Joseph, the brother they had sold, years earlier, into slavery. What a shock it must have been for them to see their brother as the prime minister of Egypt and how awful they must felt to return to their father and admit the truth of what they had done to their brother so many years before.

This story today shows us that God’s Providence, like the Gospel, can be a two edge sword . . . both are quite convincing and convicting in their ability to shine a blinding light on falsehood and finally route the truth.

In our gospel lesson this morning, Jesus lays it on the line for us . . . as he called the crowd together and said to them, “Listen and understand: it is not what goes into the mouth that defiles a person, but it is what comes out of the mouth that defiles.” . . . But Peter said to him, “Explain this parable to us.” Then he said, “Are you also still without understanding? Do you not see that whatever goes into the mouth enters the stomach, and goes out into the sewer? But what comes out of the mouth proceeds from the heart, and this is what defiles. For out of the heart come evil intentions, murder, adultery, fornication, theft, false witness, slander. These are what defile a person . . .

Most all of us know of people who are completely devoid of kindness, truthfulness, and honor. We know who they are . . . and being who we are, we tend to avoid them as much as possible. Why? Do we avoid them because of their terrible attitude and temper or because we somehow don’t want to be seen in their company as complicit to their behavior . . . or is it a combination of both?
It is of course no secret that people who have the same moral outlook, the same sense of generosity, the same faith and the same social attitudes will tend to associate more freely with each other than those who have an opposite point of view or an opposite way of life. And it also is no secret that bad people tend to attract bad people and repel good people. But good people tend to attract both good people and bad people . . . and you might wonder why that is? Why do good people attract bad people into their sphere of influence?

Could it be because bad people see something in the lives of good people that they want? Or maybe it’s something that they hope that they can somehow latch on too or steal from them?
This tension caused between black and white, between good and evil has been going on since the beginning. In just about every book ever written and every movie ever made there has been depicted the light and the darkness of the human soul and its interaction between all the characters ever thought of. Think of all stories you’ve ever read or seen and there you will find a Luke Skywalker and an evil Empire and a character who is still on the fence like Darth Vader, one who is evil but hasn’t completely lost his humanity – who hasn’t gone fully to the dark side. Harry Potter, Lord of the Rings, War and Peace, Gone with the Wind, all these epic stories and more reflect the spiritual battle of good versus evil and good’s constant struggle to survive the onslaught of evil in the face of desperate uncertainty. And yet in the end, in all cases, good always triumphs through faith and courage and through the gentle mercy of God’s Providence.

This week, we have seen just how bad it can get for God’s people in the mountains of Iraq, in state of Missouri and in the mind of an individual tormented in his soul. We wonder . . . did God somehow abandon those who died or could there be some higher purpose to all this that we cannot for the moment see? All week long we have heard news stories made of half-truths and innuendos meant to enflame our sensibilities and to incite hatred in our hearts towards others only to be reversed when the truth finally came out. This, we know – or at least we should know by now – is what evil does. It is what Jesus describes for us in the reading today . . . and it is what we should all be on the constant look out for as we try to judge just what is happening in the tragic events in the world today.

We wonder . . . if evil triumphs in the death of a believer, can that mean that good loses . . . does good ever lose?

You must know and remember what Paul taught in his epistles to the early church as they were suffering persecution . . . For none of us lives to himself alone and none of us dies to himself alone. If we live, we live to the Lord; and if we die, we die to the Lord. So, whether we live or die, we belong to the Lord. For this very reason, Christ died and returned to life so that he might be the Lord of both the dead and the living.

These words of St. Paul have a universal message in that every aspect of a believer’s existence is truly owned by Christ. And that which is owned by Christ is under his control and Providence. This ownership goes beyond the fact that all human beings are created under the agency of the Son of God (John 1:3) and extends to the sacrificial death and resurrection of Jesus Christ through which those who believe have been redeemed. We who are believers literally “owe our lives” to Jesus in that we were doomed by our sin to suffer the consequence of that sin, which is death – both spiritual and eternal. But Jesus took our punishment upon himself so that we might live with him forever. What this means is that Jesus bought us back by his sacrifice, and therefore, we belong to him – in this life, in our death, and in our resurrected life beyond the grave.

I think it should be for us a wonderful comfort to know that we are the Lord’s possession because he is the perfect owner and master. Scripture reveals to us that God does not abuse or misuse that which is his. We also see that God is a purposeful God who has a plan and created us to be a part of that plan, a destiny if you will. We are not sculptures made of sand only to be washed away forever by the tide. Rather we are material beings that are created for an eternity – permanent and destined to outlive the tides of time. In God’s eyes we are of such worth that he was willing to buy us back at incredible cost to himself. He who is immortal and eternal, became mortal and finite, so that he could die our death and we might know immortality.

Almighty God, you have given your only Son to be for us a sacrifice for sin, and also an example of godly life: Give us grace to receive thankfully the fruits of his redeeming work, and to follow daily in the blessed steps of his most holy life. Amen

This sermon is part of the ministry of the Word at Saint Nicholas Anglican Church in West Seneca, NY in the United States and a Continuing Church in the Anglican Tradition. If you have been helped by any of the sermons or thoughts expressed on this sermon blog, we would love to hear from you at anglicanchurchofsaintnicholas.org .

Please also consider sending a gift in any amount using the form below . . . .